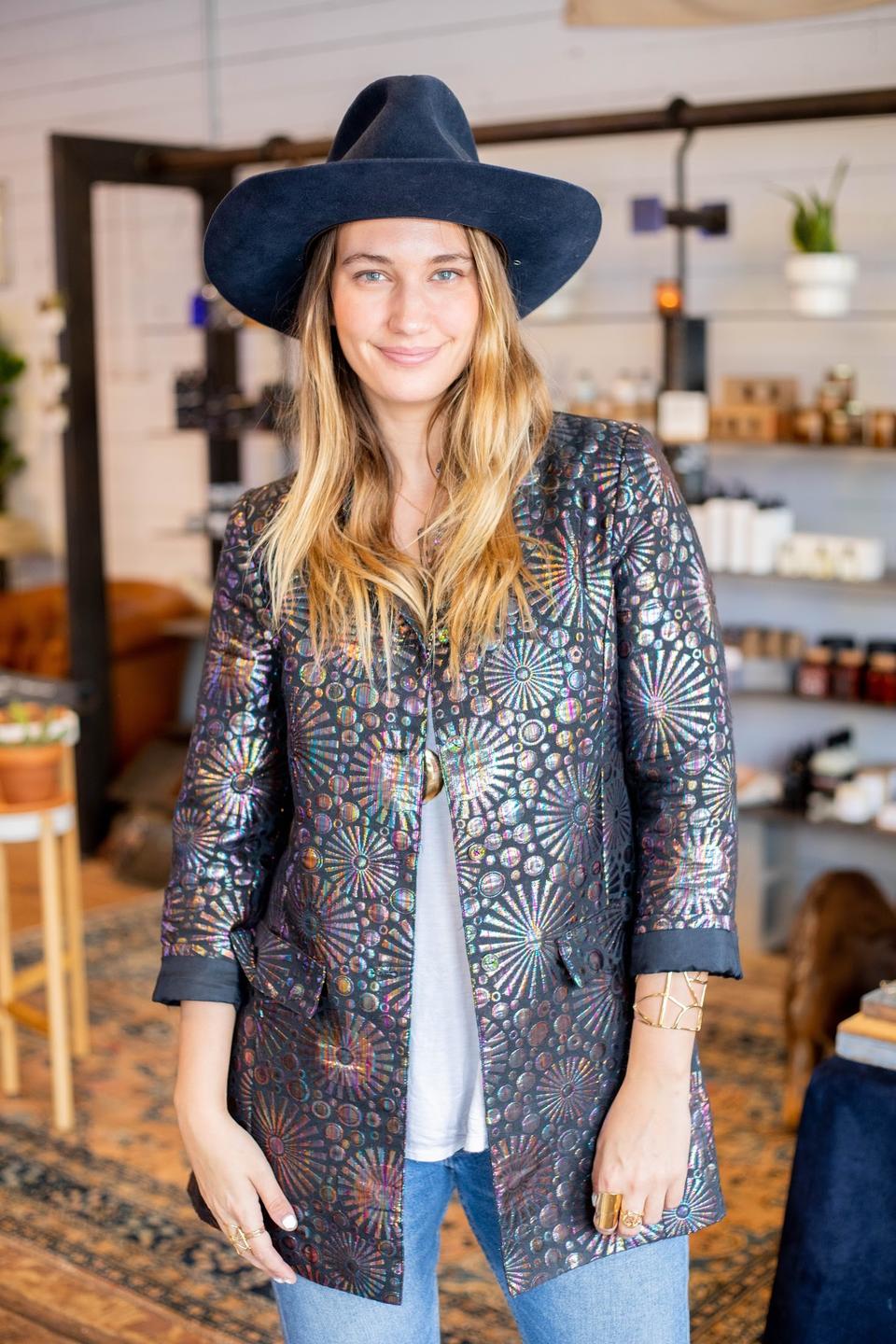 After completing her Bachelor of Arts in Fashion Design at University of Missouri, Nina Berenato moved to New York and through a stroke of luck, met a jewelry designer who was seeking a production metal smithing apprentice. Nina began her first year of apprenticeship under Elizabeth Knight in 2010, but ended up working under the well-known Brooklyn-based designer for the next five years. Under her mentor's guidance, Nina honed her craft and released her first self-designed and fabricated collection, Cosmic, after just one year of study.

While in NYC, she bootstrapped her business, working odd jobs like passing out fliers for a parking garage from 6am-8am before heading to the studio, bartending on the weekends and working as a buyer for a local retail store in the evenings. Nina grew her wholesale business little by little over the next 4 years, eventually stocking her line in over 200 shops over the US and Canada including Free People, Urban Outfitters and Uncommon Goods. 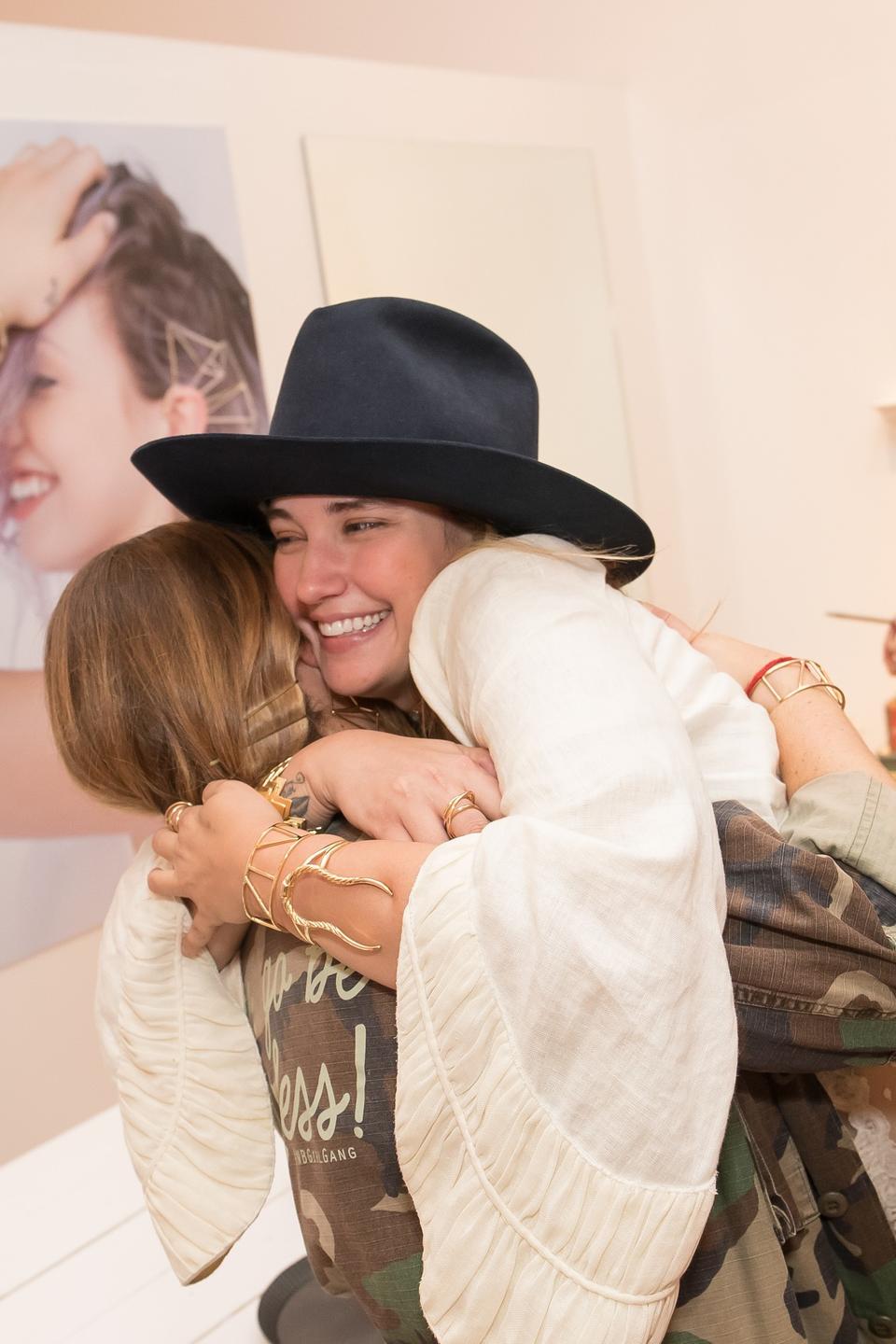 "Nina's all female team of Texas women is revolutionizing the jewelry industry and what it means to be a modern maker." 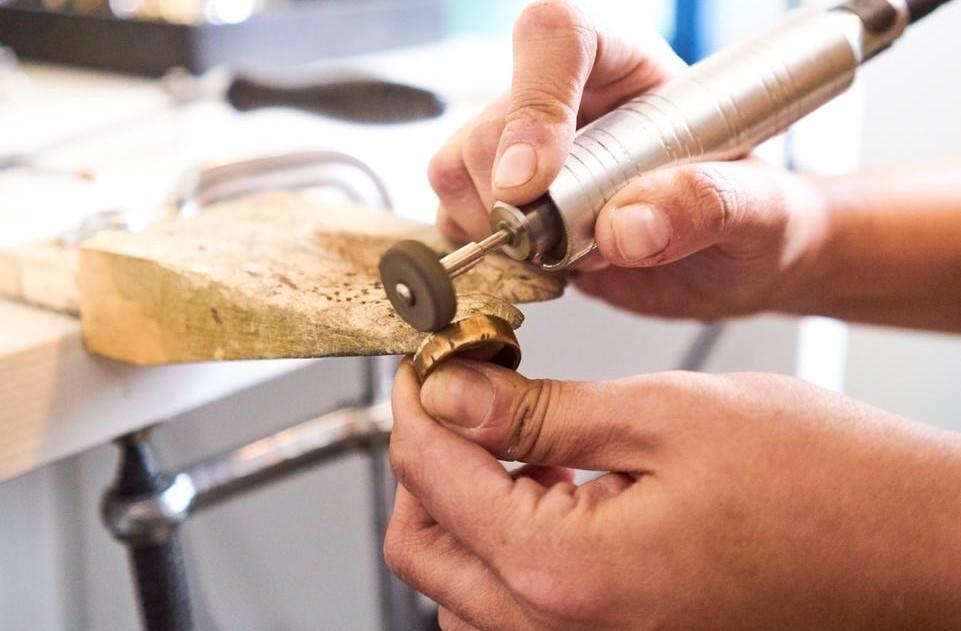 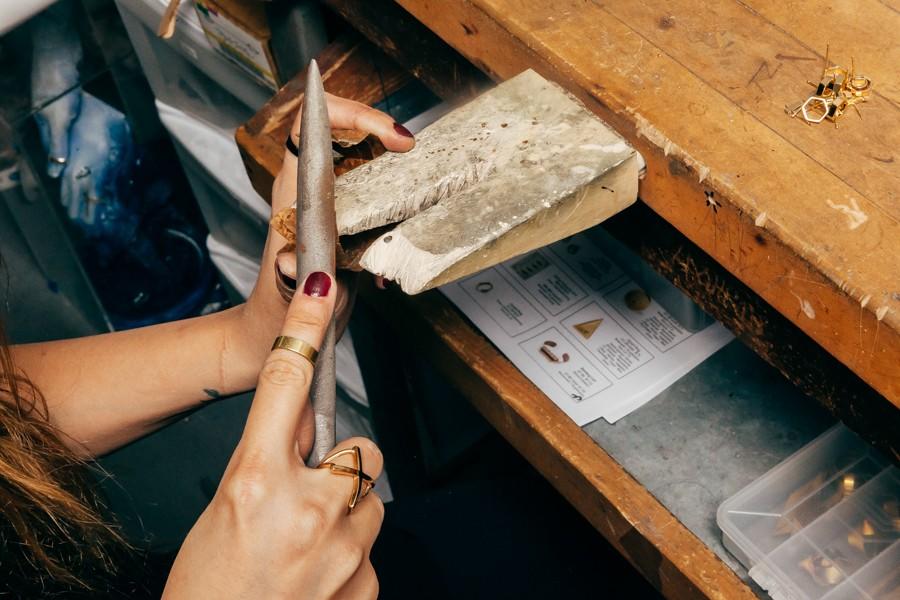 Through the advice of a free business adviser at the NYC Small Business Association, in 2015 Nina moved to Austin, TX and turned her focus to brick and mortar retail. After noticing the food truck culture around Texas, Nina decided to create a one of a kind mobile jewelry store built inside of a 1959 Airstream Bambi travel trailer. With her trailer boutique in tow, she did pop-ups all over Texas and quickly became a well-known fixture in Austin’s growing maker community. It was in Austin that Nina realized the full potential her line had, as women all over the state flooded her mobile shop to purchase her designs and meet the designer in person.

Two years later, Nina reached a life-long goal and opened up her 1900 sq ft brick and mortar flagship store, recently named Best Jewelry Store in Austin. At the Nina Berenato flagship you'll find Nina's original designs uniquely displayed, the work of other local female artists featured, a one-of-a-kind metal smithing studio buzzing - as classes and workshops take place each week, and most important of all, Nina at her bench, still producing each and every piece of the collection herself. 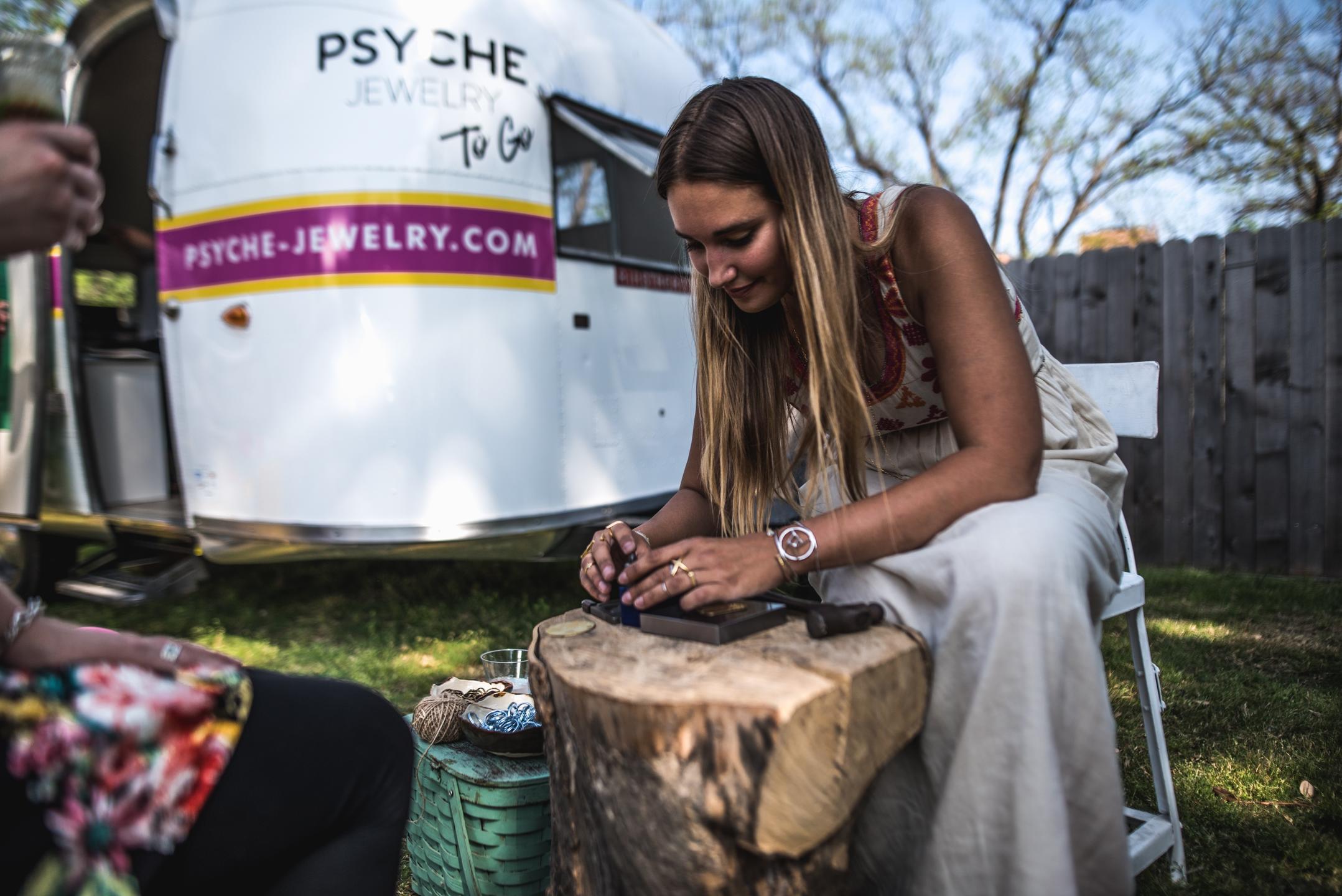 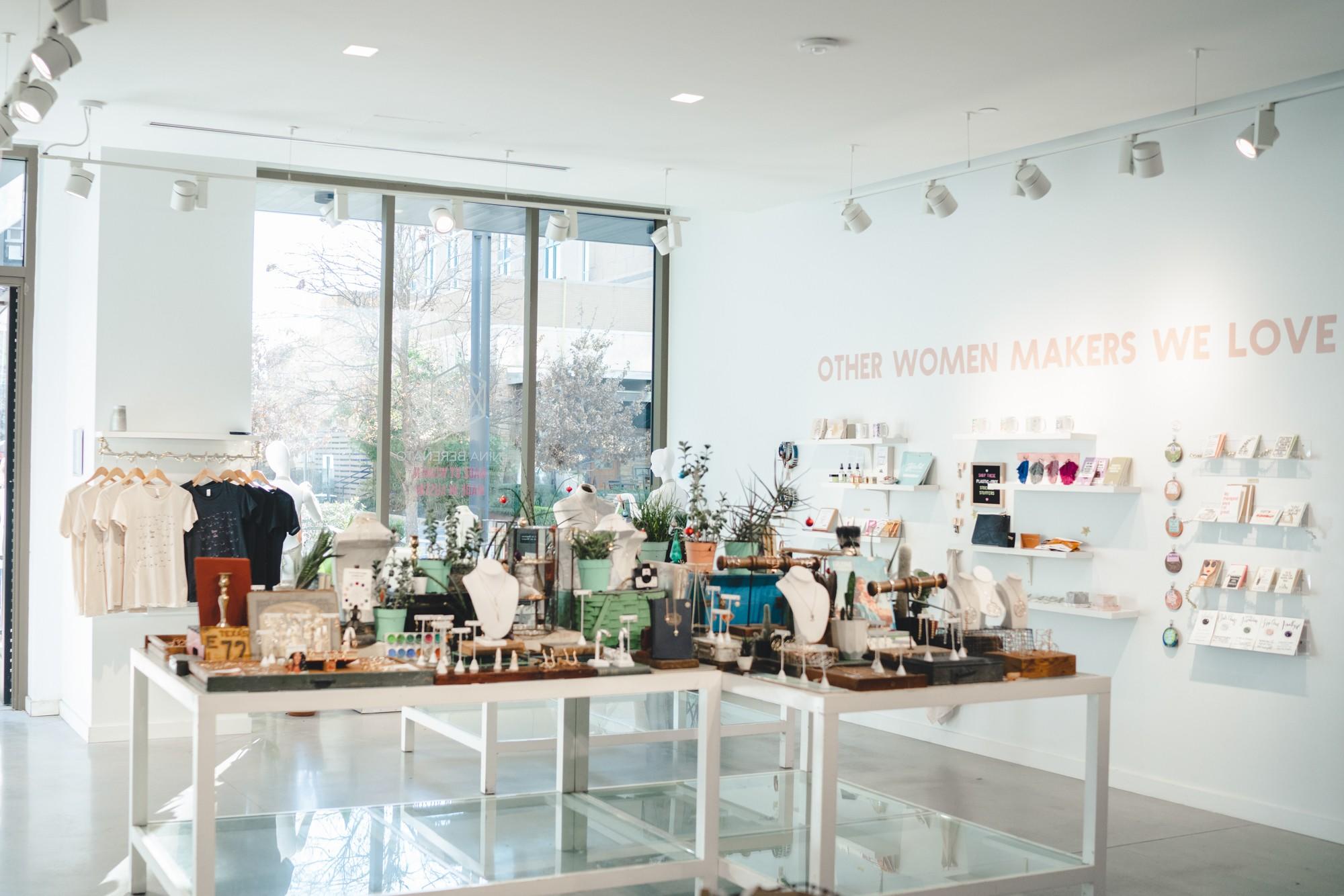 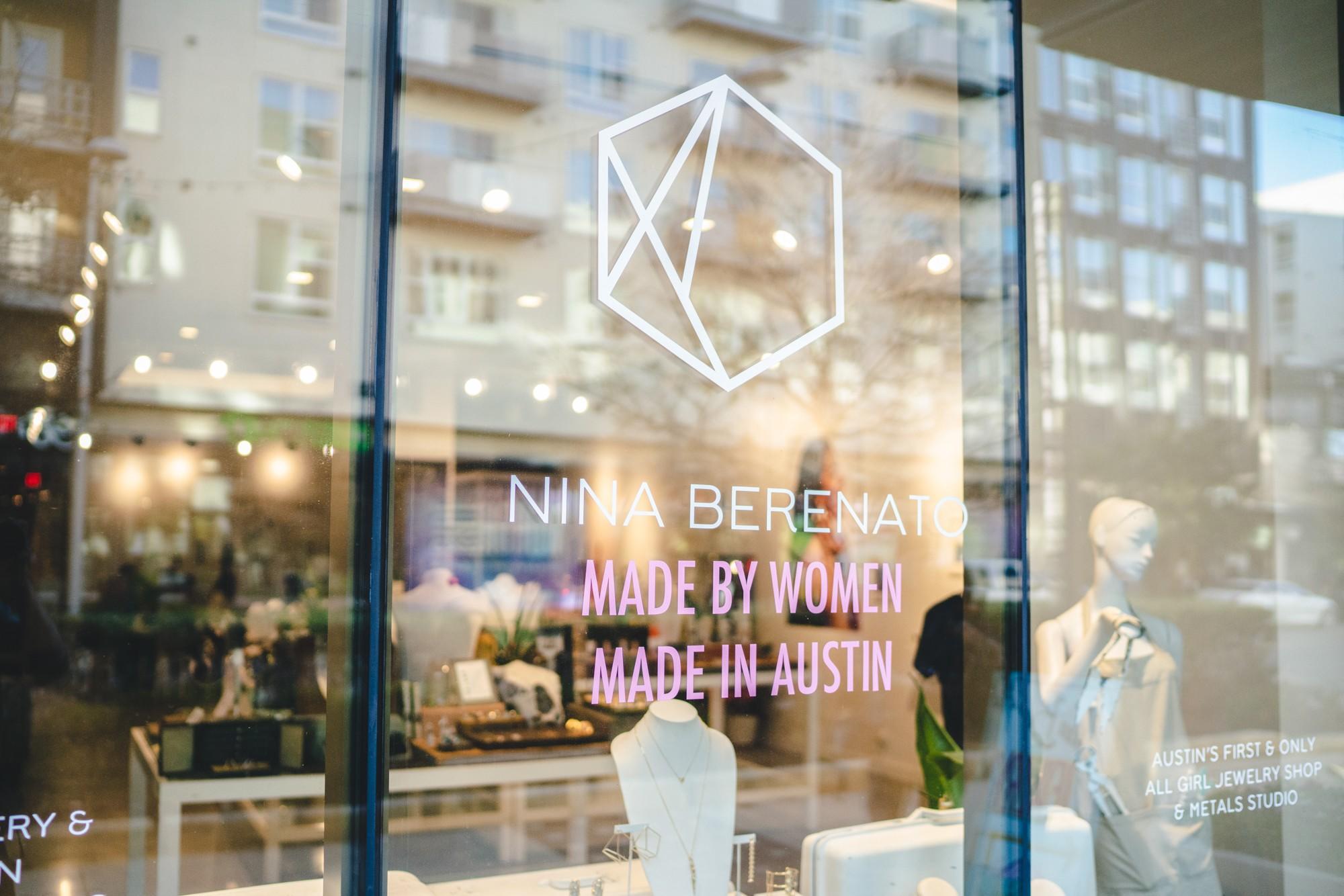 In 2019 Nina was commissioned to create ten custom face masks for Beyonce's ‘Spirit’ and 'Black is King' Visual Music Video and, a project that launched the designer into the global spotlight. Since then, she has dressed musicians like Lizzo, Chole x Halle, Billie Eilish, Alicia Keys and more as the celebrity elite continue to follow the designer and support her work.

Most recently, Nina turned her focus to teaching as a way to continue sharing her passion for American-made manufacturing and small business mentorship. Last year she completed her Women’s Entrepreneurship Certification through Cornell University and taught her signature method to over 400 aspiring jewelry designers.

Now, it's your turn.